Baker Street is based on the 1986 Disney film; The Great Mouse Detective. The story follows an investigation of a little mouse girl's captured father and the reason behind such an abduction.

I. The Case is Afoot!

The story begins with a small scottish mouse named Olivia who wishes to search for Basil of Baker Street, a world-famous detective, to find her kidnapped father. Dr. David Q. Dawson stumbles upon Olivia, and helps her find Basil's residence. Upon their investigation, they come across Aden and Eon, who had recently disembarked in mouse form. After a few explanations and introductions, they agreed to assist them in their search. With Raisor arriving moments later, they had found Basil's residence. Charismatic, but brilliant, Basil is reluctant at first, but when Olivia mentions Fidget, he realizes his chance to capture Ratigan would increase. Accepting the case he asks more of Olivia's story in hopes of finally capturing Ratigan. In anger for his earlier unwillingness and selfishness, Eon slapped Basil and left the residence.

Meanwhile, in the sewers, it is shown that Fidget had taken Hiram to Professor Ratigan. He was imprisoned and being commanded to create a clockwork robot which mimicked the Queen of all Mice. Ratigan's plan was to use the doppelganger machine to rule England's mice. Hiram initially refused to participate in the scheme, whereupon Ratigan threatens to harm Olivia, and ordered Fidget to go find her, along with a few other materials. Later on, he mistakenly found for an ordinary mouse by Eon, who Ratigan sends heartless after. He summons them by using a bell, but in reality, the darkness in his heart is shrouded with his class act visage. He sweeps Eon away for his lack of fitting into his plan and had him running back to Basil's. Eon explains his predicament, and the party is left fighting off the threats, while Basil, Dawson, and Olivia, track Fidget, who was seen trying to break into his home.

Basil's group had found their way inside a toy store in their pursuit of the bat. Whilst there, Basil began investigating on the stolen clothes from soldiers, torn mechanisms and stench that smelled of fidget. Everything pointed to him being there, but he wasn't to be seen. this was because the dastardly henchmen was hidden away high in the rafters, away from the group. Checking off Ratigan's list, the only thing that he still needed was the little girl; Olivia. As a distraction, he gave a loud whistle, and summoned the toy soldier heartless that had blended into the store since the beginning of their entry. Luckily, the party had just reached them in time to fend off more heartless. Unfortunately, in the commotion, fidget had kidnapped Olivia and fled to have the heartless deal with the detective. Dawson and Basil had no previous battle experience, but using their wits, they too, assisted in the depletion of the enemies. It was at this point where Basil began to more carefully examine the current events. If not for his obsession for catching Ratigan, he would have called them out on the fact that they are not from this world. Nevertheless, he played along and chose to accept the help he was given. The group would have been at a loss for determining their next move, if not for the list that fidget dropped in the scuffle. Using all his expertise, Basil uncovered the origins of the note that led to the point where the river and sewer intertwined. Dawson recalled that in his earlier years, there was a known pub for low down rats to attend. In his excitement to further advancing the case, Basil agreed to move forward to the establishment known as "The Rat Trap."

Originally, Basil would have suggested his dog "toby" to transport them, but seeing as how he was sick, they needed another means of transport. In their effort to assist, the group summoned their keygliders to reach the pub post haste. Once there, Basil changed quickly into a sailor suit and Dawson wore a red and white striped shirt as well as a first mate cap, the perfect attire for such an establishment as the "Rat Trap". The group entered the establishment, all remaining except for Eon who was thrown out do to his young age. Because of this event, Eon noticed the bat, Fidget, to actually come after them. In order to get Eon in and a better observation of Fidget, Basil cleverly provoked one of the largest rats into believing another had thrown their cigarette at them. This event created a fight within the pub. Fidget however escaped during the commotion but not without leaving a trace, a trapdoor. The group carefully followed Fidget without being noticed to come to what they believed to be Ratigan's secret layer.

The group found a human bottle which contained "Olivia", or what they thought to be her. It was instead Fidget. Ratigan had managed to trap the party in a cage as well as Dawson and Basil in ropes. The plan was to exterminate them all with a large anvil. Ratigan, Fidget and his heartless flew off after Ratigan revealed his scheme to end Basil. Aden reacted quickly and froze then shattered the bars of the cage freeing the party. Aden then proceeded to cut the ropes of both Basil and Dawson. Basil fell into a state of shock from his failure to see the trap but was saved by Dawson's words of encouragement. Avoiding the trap, the group managed to locate the real Olivia who was trapped in a human bottle. Quick to react, Basil shot the glass with a gun, freeing the girl mouse. The part took a picture together to commemorate their success in saving Olivia, but the job was not done yet. The last thing needed was to put an end to Ratigan.

Ratigan and Fidget were on the move together towards Big Ben, the large clock tower within London. Eon, Aden, and Raisor flew off with Basil, Olivia, and Dawson tagging along with them. Eon casted Blizzard underneath the two hoping to ground them but this attempt failed. A newcomer by the name Glen had joined in the chase against the rat and bat. Aden welcomed Glen as the two sped away to help Eon and Basil take down Ratigan. With a cast of Aero by Eon,  Ratigan disposed of Fidget to gain extra height and lose weight. Basil however managed to leap onto the contraption and have the rats and party crash into Big Ben.

The group landed onto one of the gears where the battle against Ratigan would take place. The fight had to be ended quickly in order to save Olivia's father who had slowly been turning with the cogs. The fight was fought with Aden, Eon, Raisor, and Glen. However, Aden lost focus midway in the battle leaving it only to the other three. Glen gained some insight on the cogs which assisted the group in battle by shoving Ratigan towards them to deal extra damage. However, Glen fainted soon after from Ratigan's powerful attacks. Eon gave the final blow causing the rat to fall into the abyss of the clocktower. Basil quickly went to free Mr. Flaversham. However, Ratigan had not been beaten just yet. Ratigan had pushed down Basil who had caught onto the rotating gear. Basil managed to climb back up thanks to Mr. Flaversham distracting Ratigan, but then Olivia's father is then kicked to a group of gears that would squash him in a matter of seconds. Basil quickly reacts and saves him with a chain that brings Ratigan and Basil up to the outside of the large clock.

A fight between enemies begins. Ratigan appears to have the upper hand throughout most of the brawl creating much damage to Basil. Aden, Eon, and Glen grabbed the others and tried to help Basil out, however, Basil had fallen off the tower. Ratigan had Appeared to have won. In the last moment, Raisor had saved Basil. The two rose up and with a large smile, Basil claimed his victory and rang the bell Ratigan used against them so many times. Big Ben struck the hour and the vibrations knocked Ratigan off for good...

After the fight between the two, a keyhole emerged from the clocktower. Thanks to the help of newcomer Glen, the world was sealed and peace returned. The keyblade wielders however did not warp back to the Land of Departure like they had previously done. Instead, the group traveled to the Castle of Dreams where they would face a new enemy...

Basil: The "Great Mouse Detective." A famous and brilliant detective, who's life goal is to get his arch nemesis; Professor Ratigan behind bars. He is shown as cocky, impulsive, and once his mind is set on something, he refuses to pay attention to anything else.

Dr. David Q. Dawson: Previously of the Queen's 66th Regiment in Afghanistan. He found Olivia alone on the streets and took it upon himself to find the detective Basil to help her find her father. He is kind and level-headed, but a bit clumsy and naive.

Professor Ratigan: Basil's archenemy and primary antagonist. Ratigan is seen as a very large rat who hates being called so. His classy, calm demeanor can become quick rage in a matter of seconds. He uses a small bell to summon heartless at his disposal.

Fidget: Ratigan's bumbling bat henchman who kidnapped Olivia's father. He tends to do the dirty work for his boss. He has a crippled wing and a peg leg, and, as a result, he cannot fly.

Hiram Flaversham: Olivia's father and a toymaker kidnapped by Ratigan. He is the root of the case in which Basil begins to gain interest. 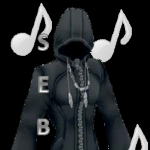